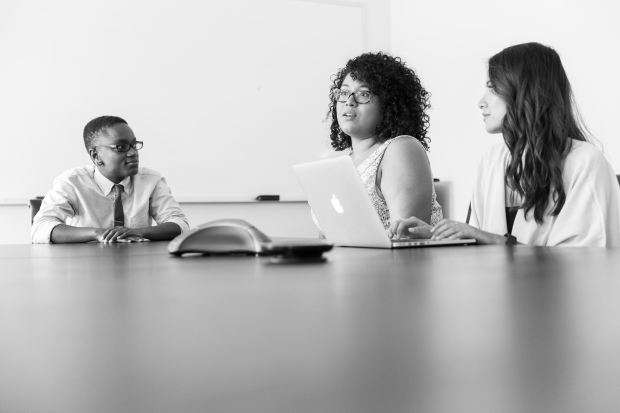 A common refrain among INFJs, HSPs and Gen Y’rs generally is this idea of seeking out meaningful, fulfilling work. What do these words even mean?

Meaningful. adj. 1. having meaning. 2. having a serious, important or useful quality or purpose.

Fulfilling. adj. 1. making someone satisfied or happy because of fully developing their character or abilities.

This Girl’s Search For Meaning

I fall into all three buckets (INFJ, HSP, Gen Y) and I am constantly on some kind of quest for “right.” The right job, place to live or way to be. Still, regardless of the doubts I have about my career — even those based in value judgments — I often feel compelled to grin and bear it because of intense guilt.

I am privileged to live the life I lead and I don’t want to take that for granted.

Do What You Love: The Common Refrain of Unchecked Privilege?

So of course it didn’t help at all when I came across this Slate article yesterday by Miya Tokumitsu. “There’s little doubt that ‘do what you love’ (DWYL) is now the unofficial work mantra for our time,” Tokumitsu says. “The problem with DWYL, however, is that it leads not to salvation but to the devaluation of actual work—and more importantly, the dehumanization of the vast majority of laborers.” Every so often, even I forget to take a look at the big picture. This article was a painful reminder.

What really got to me, though, was this:

One consequence … is the division that DWYL creates among workers, largely along class lines. Work becomes divided into two opposing classes: that which is lovable (creative, intellectual, socially prestigious) and that which is not (repetitive, unintellectual, undistinguished). Those in the lovable-work camp are vastly more privileged in terms of wealth, social status, education, society’s racial biases, and political clout, while comprising a small minority of the workforce.

Essentially, “DWYL is a secret handshake of the privileged and a worldview that disguises its elitism as noble self-betterment.”

When Do What You Love Is Your American Dream

I grew up as a low-income immigrant.  The truth is, I went to college, and then law school, because, as far as I could tell, it was my way out.  It was my way to break the cycle of poverty.  I too wanted this great privilege of doing work that felt fulfilling and meaningful and I will confess that didn’t want to do “menial” work (a term that is disrespectful, on its face) for the rest of my life.

I cannot speak for him, but I don’t think that Martin Luther King, Jr.’s exhortation that the street sweeper “should sweep streets so well that all the hosts of heaven and earth will pause to say, ‘Here lived a great street sweeper,'” was a command to be satisfied with, and never do anything other than, sweep streets for eternity. I do imagine, however, that he thought that we should see the honor in doing a day’s work — no matter what that work might be.

Doing What You Love May Have Negative Externalities

I think that it would be good for Gen Y to really understand what goes into creating the very opportunity for the privilege of “doing what we love.” As the Tokumitsu notes, “[Steve] Jobs elided the labor of untold thousands in Apple’s factories, hidden from sight on the other side of the planet—the very labor that allowed Jobs to actualize his love.”

But Are We Any Worse Than Our Predecessors?

That said, I think the article gets it wrong when it says that “[w]hile DWYL seems harmless and precious, it is self-focused to the point of narcissism.” Sure this narcissism has got to be true for some — maybe even many. But it’s just as true of those “great” Americans who came before us who, lacking a DWYL mindset, have done many a misdeed, engaged in various corrupt practices, and even literally crashed the global economy.

Call me naive (I won’t mind!), but I believe in dreaming, in creating, in contributing, in thriving and — particularly — in giving back with our talents. And I believe that meaningful, fulfilling work for many in Gen Y means doing something that benefits those around us — whether at a restaurant or a food pantry. I think that many in Gen Y seek work filled with passion and compassion and that this work we are seeking often is for the betterment of mankind — directly or indirectly. But sometimes we get distracted by lofty visions of “good” and forget about what it really means to honor and respect those we’d like to serve daily.

It is important to ask ourselves what kind of culture we’re perpetuating with the kind of world in which only a limited and privileged few are able to do what they love in any way, let alone for a decent salary. The wage and hour workers are making it possible for us to eat for cheap and afford fancy gadgets and yet we don’t respect the working poor enough to offer them a living wage.

Whether we want to admit it or not with our high and mighty ideals about “finding our purpose” and “doing something meaningful” are we really so privileged and special with our fancy degrees that we’re better than these women, for instance? Think about it: how can we dishonor the lives of those who we often claim we want to help by viewing the work that they do as less than “meaningful.”

Toward a More Perfect Meaning of Meaningful

Having the chance to do whatever I want with my life is a privilege that I do not take lightly.  That said I will not apologize for believing, after two grueling degrees and a mountain of non-dischargeable student loan debt, that I have the right to want to do work that I enjoy.

That doesn’t automatically mean that I am devaluing the work of others.

I think what I have realized is that all work is meaningful. The struggle is for fulfilling work: work that capitalizes on a greater range of my strengths. I don’t view this as selfish. I think that helps me and my employer.

I don’t want to feel that my job only wants me to be better at my weaknesses and doesn’t care in the slightest about my strengths.

If I want to be truly selfish, however, and work toward my own ends effectively, maybe it would make sense to take a cue from this guy and realize that looking forward to some unknown “better” job is not always the answer.

Loving our work doesn’t necessarily start with finding some external lovable passion. We have no idea what we’re going to love or be good at straight out of the gate, but “[we’re] trying to judge all things in the abstract before [we] do them.”

Maybe the answer to the question of how we will manage to do what we love and love what we do involves changing our own minds about what we, and others around us, are already doing means.

2 thoughts on “Does Wanting to Do What You Love Make You a Narcissist?”

Welcome to INFJ.D where I blog about mental and physical health and the incredibly adaptive power of the human brain - written with the introvert and highly sensitive person in mind.